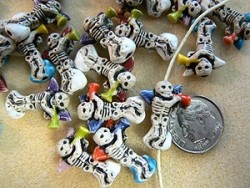 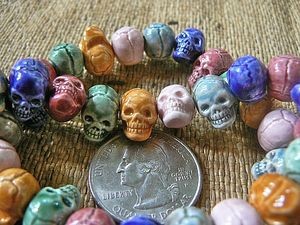 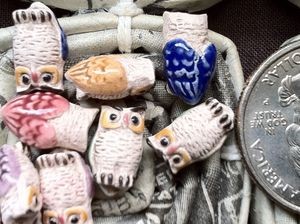 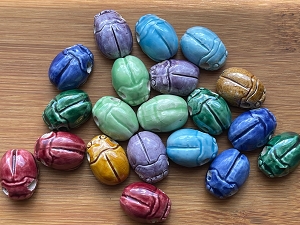 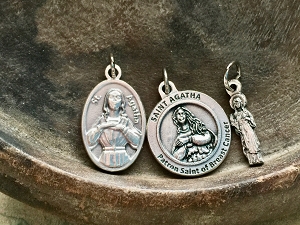 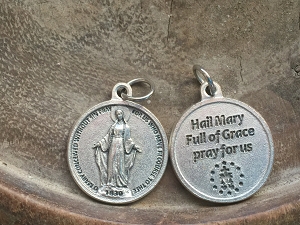 3/4 Inch Round Blessed Mother Miraculous Medal Our Lady of Grace
$1.50 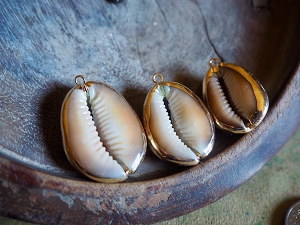 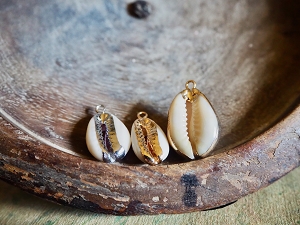 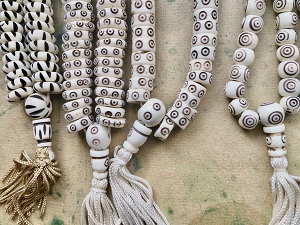 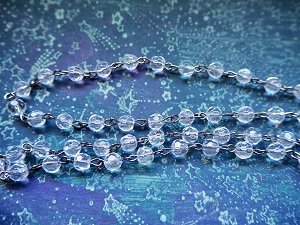 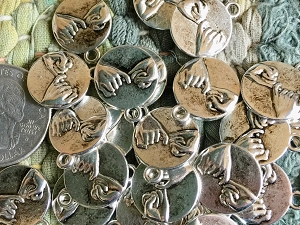 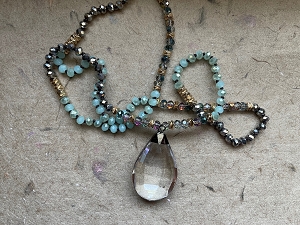 Why are there 108 beads on prayer malas? 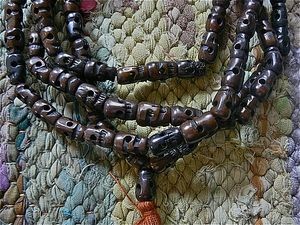 108 is believed to be a sacred number in many Eastern religions.  What is the significance of the number 108?  Traditionally, prayer malas consist of 108 beads (plus a guru bead or beads) and are used in a manner similar to rosaries, for counting prayers or mantras.
By way of explanation, I like this Wikipedia definition:
"The individual numbers 1, 0, and 8 represent one thing, nothing, and everything (infinity). 108 represents the ultimate reality of the universe as being (seemingly paradoxically) simultaneously One, emptiness, and infinite."  This concept is similar, in Christianity, to the holy trinity.

It is also believed by some Buddhists to represent the 108 delusions/defilements/tortures of the mind that the Buddha had to overcome to achieve enlightment.  Alternatively, it is believed by some that there are 108 virtues to cultivate.

There are numerous examples in Eastern religions, yoga, mathematics and astrology of the use of the number 108.  Many sources describe the occurrence of this number, without defining its significance.

The reason given for the use of 108 beads on the mala rosary for many Buddhists and Taoists is as a physical representation of the universe on a personal level reflected in the 6 senses (sight, sound, smell, taste, touch and thought), 3 aspects of time (past, present and future), 2 conditions of the heart (pure and impure), 3 sentiments (like, dislike, indifference).  6x3x2x3=108.  The 108 mantras (facilitated by the use of the mala/rosary) is believed to help the individual achieve harmony in the space-time continuum with the spiritual power of the universe.